Goodbye iTunes: What We Learned from an 18-Year Era

First off, I’m old. Old enough to remember buying a CD player when they first came out and were only slightly smaller than today’s microwaves. Secondly, I am a total Mac geek. I played games on an Apple IIe, I owned an iPod. I’m writing this on a MacBook Air. Lastly, I’m a control freak – well at least when it came to my music.

So when iTunes came out in 2001, it was like the perfect storm for making my life easier. I wasn’t the only one. The music industry was in turmoil. They were going after people stealing their product. They were losing control. Something had to be done – well, other than prosecuting your audience into submission.

Then along came this moody guy in a black turtleneck and everything changed. 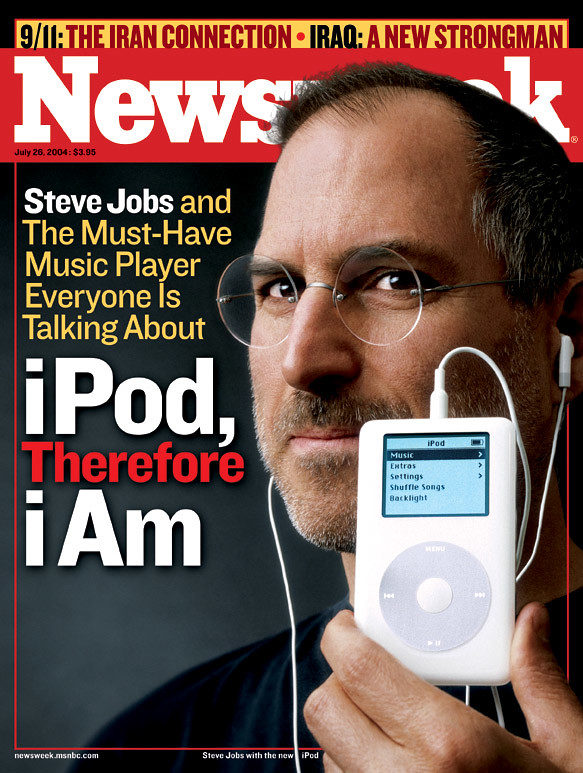 The rest of this story is now, as they say, history.  Apple’s recent announcement to end the iTunes era is now the latest chapter. As a creative, I can’t help but reflect on the things this time taught me about digital, and really all marketing. Here are just a few.

If Steve Jobs wanted to innovate, we’d all be walking around with the world’s most intuitive portable CD player. He wanted to do more – so much more. He didn’t want to change the game. He wanted to introduce the world to a completely different sport. He chose to do so much more than innovate.

In a Daenerys Targaryen, Game of Thrones way, he came to break the wheel. With 25 Billion songs sold in the first 10 years, we all were looking at one busted up wheel. Don’t believe me? Jump on Google Maps and try finding a Tower Records.

There’s no such thing as too late.

During one of his famous Macworld speeches, Jobs said, “We’re late to this party, and we’re about to do a leapfrog.”

He didn’t care about the current technology. MP3 technology was out there, and there were even some MP3 players available, but that was not his priority. He cared about the current climate. He believed the solutions on the market were lacking. I’m sure he would have been much more pointed with his remarks but for today, let’s go with lacking. He didn’t let the competition scare him off. He didn’t care that he was late to the game, because he was going to change the game.

Don’t have a pronoun problem.

The music industry was thinking about themselves. They were all “we” and not “they.”

Steve Jobs was thinking about the customer – even more significantly, the climate. It wasn’t about money. At least not at this point. It was about a movement. It was about a public revolt. Again, Jobs from Macworld, “There is a music revolution happening right now.”

I think Steve Jobs and Daenerys Targaryen would have made excellent bowling partners.

Anyway, Steve was all “they.”

“How can they easily buy music without having to break the law.”

He thought of the user first. It seems painfully obvious, but an entire industry missed it.

In the pursuit of staying current – or in the pursuit of more money – iTunes sacrificed simplicity. What was once a hub for all your music, became a trojan horse app to get you to buy more music.

Ping was supposed to be a social network for music, it pushed you to buy more music.

Sidebar was supposed to help you better organize your music, it pushed you to buy more music.

iTunes Match was supposed to – well you get the idea. And with all these so-called improvements came complexity.

A more talented writer than myself once told me, “The most important part about writing is knowing when to stop.” The same goes for digital content. Don’t continue to bolt on newness to keep going after the money. You’ll lose your simplicity. Make something entirely new and keep that simple.

So there you have it.

Jobs changed Apple. iTunes changed the way we used media. We changed, and Apple couldn’t keep up – although their new streaming service is gaining market share on Spotify, so you never know. Maybe Apple will “do a leapfrog” again. And if it does, the moody guy in the black turtleneck will surely be looking down, smiling.

Goodbye iTunes: What We Learned from an 18-Year Era2019-06-142019-06-13https://divvyhq.com/wp-content/uploads/2015/04/DivvyHQ-Logo-Final-no-icon.pngDivvyHQhttps://divvyhq.com/wp-content/uploads/2019/06/goodbye-itunes_3_1672px-604x270.jpg200px200px
About
Nick Main
While Nick Main’s title has been everything from Mail Room Clerk to Creative Director, his job has been the same - come up with killer ideas. After 20+ years of generating campaignable concepts, those ideas have garnered recognition from The Clios, Communication Arts, Creativity Magazine, The Obies, The Webby Awards, The Radio Mercury Awards and The National ADDYs. In turn, clients including Disney, Microsoft, AMC Entertainment, Union Pacific Railroad, The Negro League Museum and Xbox have reaped the benefits.
Subscribe to Our Blog
Search
Categories
Most Popular Posts
Archives
DivvyHQ
About
More Info
Connect
Created for Pros by Pros     © 2023 Alluresoft, LLC      Email: contact [at] divvyhq.com     Phone: 877-573-4889 (USA) or +1-816-298-6119 (Int.)