Content is Still King, but is it an Uninvited Guest?

I’m an admitted TV addict. As part of Gen X, the first generation to be raised on television, I was very good at tuning in to cartoons on Saturday mornings – and tuning out the commercials.

In our digital world, things are no different.

Sure, there are times when audiences ask for our content. But don’t be fooled. If you don’t reward them for sticking with you – they’ll bolt. It’s human nature and certainly the nature of the thoroughly online human.

Traditional ad folk have known this for years. And now that tune-out behavior is seeping into the digital world as well. So here are some tricks to make sure that, when you get someone’s attention, you can keep it.

Close your eyes and think of a bustling urban sidewalk. People are going about their day. They’re getting groceries. They’re getting to work. They’re having to go buy batteries and presents for people they don’t like.

The point is, they are time poor – unbelievably time poor. So please, don’t waste what little time people have.

Seems simple, but with the Death of the Fold, we’ve found a way to cram in things that extend way past a person’s interest or attention span. So brevity is key, even though we are no longer restrained to :30 or the fold, let’s not go nuts. As Mark Twain put it, “I apologize for such a long letter – I didn’t have time to write a short one.” Take the time. Respect theirs. They’ll love you for it.

It’s Not About You

A great way to reward your audience for spending time with you is to pique their interest. And the most interesting person in the world is someone talking about you.

On the other side of that coin, the least interesting person is someone who blathers on about themselves. Don’t let your brand – or your content – be “That Guy.” Stop talking about what you do and how great you are. Start talking about how you can help. 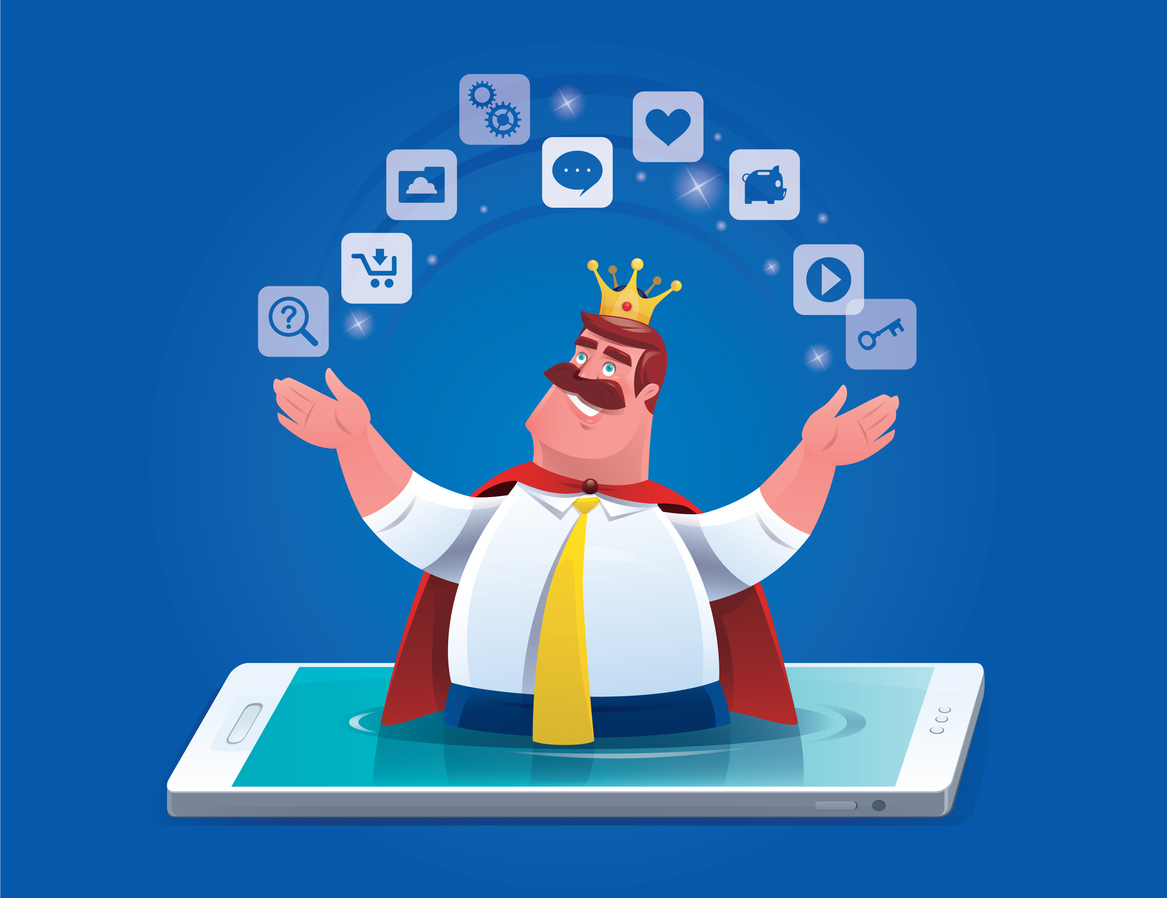 They’re spending their valuable time. What are you delivering in return? What is the “currency” of your offering? Is it humor? Relevant information? Or (dare I say it? Yeah, I dare say it) …both?

Don’t just use “it’s digital” or “they opted in” as an excuse. Compensate them for spending time with you. Be interesting. Be charming. Give them something in exchange for their time. Be valuable. In turn, you’ll be valued.

So, even if they’ve selected your content, you should still behave like you’re an uninvited guest in the home (or home screen) of your audience. This approach will make that content more effective. And that approach has been successfully leveraged by advertisers long before the era of Saturday morning cartoons.

Content is Still King, but is it an Uninvited Guest?2019-07-192019-07-29https://divvyhq.com/wp-content/uploads/2015/04/DivvyHQ-Logo-Final-no-icon.pngDivvyHQhttps://divvyhq.com/wp-content/uploads/2019/07/vintage-tvs_1672px-604x270.jpg200px200px
About
Nick Main
While Nick Main’s title has been everything from Mail Room Clerk to Creative Director, his job has been the same - come up with killer ideas. After 20+ years of generating campaignable concepts, those ideas have garnered recognition from The Clios, Communication Arts, Creativity Magazine, The Obies, The Webby Awards, The Radio Mercury Awards and The National ADDYs. In turn, clients including Disney, Microsoft, AMC Entertainment, Union Pacific Railroad, The Negro League Museum and Xbox have reaped the benefits.