Michael Brenner on How to Sell Your Big Ideas

Five years ago, Daniel Pink published a book called To Sell is Human. His premise was as simple as it is undeniable: we’re all salespeople.

Every day, we’re selling. We sell our beliefs, our expertise, our ideas.

Hankering for Mexican instead of Chinese for dinner tonight? Best ready your pitch.

At work, this role is magnified. Marketers have to sell their bosses, as well as their counterparts in other departments, on ambitious growth initiatives to make them reality. Investment and buy-in are coveted.

Michael Brenner – now CEO of Marketing Insider Group and CMO of Concured – has made a career out of embedding his vision in various organizations, and convincing others to hop aboard. On the final episode of The BIG Simple webinar series, he joined host Jay Acunzo to talk about his formula for selling the big ideas that take content marketing (and business) to new heights. 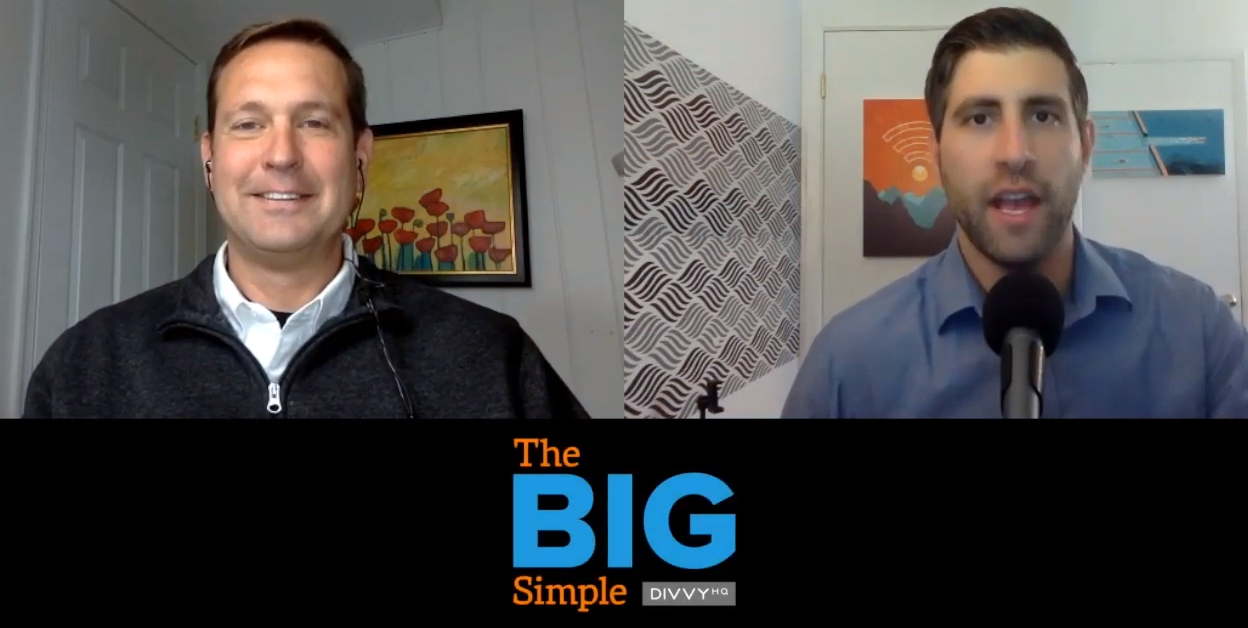 The term “argument” has a negative connotation, calling to mind contention and discord. If you came home from work and told your spouse you had an argument with your boss, you might be asked if your job is still safe.

But at its core, the word is perfectly harmless, defined in the dictionary as “a coherent series of reasons, statements or facts intended to support or establish a point of view.”

In practice, arguments can be heated and emotional. In theory, making an argument should be anything but. “Reasons, statements or facts” are the building blocks of logical, evidence-based decision-making. That’s how arguments need to be constructed in a business setting.

This is not to say emotion should be left out of the equation, by any means. Most marketers recognize that emotional impact is essential to persuasion. But at its foundation, every argument should be grounded in provable facts, organized into a coherent series and framed around the point of view you’re engaging. That last part is CRITICAL.

Developing an Empathetic Point of View

Back when he was a marketing manager for global software corporation SAP, Brenner was tasked with reinventing and modernizing the company’s content marketing strategy. He received a mandate directly from SAP’s CEO, via the CMO, which led him to believe he would be on a smooth path to acceptance and implementation of his ideas.

“I thought it was going to be the easiest job I’d ever had, and it turned out to be the hardest,” Brenner explains.

He had what he felt was the right vision to move forward, but he just couldn’t get through with it. After multiple rejections, Brenner began to understand the true stumbling block: He was tackling the problem from his own point of view, rather than that of the folks he was trying to convince.

“The big idea you’re promoting isn’t nearly as important as the people you’re proposing it to, and their pains,” says Brenner. “If you can start with that, that’s where the business case becomes effective.”

This ties all the way back to Episode 1 of The BIG Simple, when Tamsen Webster discussed her Red Thread Method for articulating the need for change and forging deeper audience connections:

“We constantly are in this position of having to explain how we think,” Tamsen argues, adding that this speaks to a disconnect between many businesses and those they seek to serve.

You have a solution, and you know it solves a real problem. But are you articulating that problem from your customer’s point of view, or your own? Are you truly understanding how they think, and speaking that language?

Once Brenner started to view things from the perspective of those he needed to persuade, speaking in terms of their pains and goals and KPIs, he finally broke through. His ideas were put into motion, with big success.

How can you capitalize upon this revelation and make your own business cases more effectively? If we had to boil his advice down to one succinct guiding directive, it is this:

Don’t sell your ideas. Sell why your ideas should exist.

The idea shouldn’t be an end result. It should be a facilitative pathway from the current situation to the end result. The “why” vastly outweighs the “what” in this approach.

So let’s place some of the previous big ideas we’ve covered throughout the webinar series into this context. If Jay Baer was trying to sell his boss on the viability of a Talk Trigger, he probably wouldn’t start by talking about Talk Triggers. He might point out the potential revenue his company was losing out on because they lacked a plan to operationalize word-of-mouth, which demonstrably accounts for a large percentage of business for almost any company. If Andrew Davis wanted to sell his boss on the Loyalty Loop, he’d likely kick off the conversation by citing the company’s sub par customer retention rate, and how it’s affecting their ability to reach goals.

They’re not selling the ideas. They’re selling why the ideas exist.

Let’s set up another practical scenario. Say you’re trying to sell your boss on investing in — ohhh, I dunno — a content marketing platform like DivvyHQ. Your motivation is that it’ll make life way easier for you and your team, removing the painful inefficiencies of planning and collaboration across varied content initiatives and campaigns. But on their own, those benefits may not be all that compelling to an executive. That executive probably doesn’t share your pain, or may simply not care.

Instead, you might start out by mentioning how customers are getting frustrated because too many departments are sending them back-to-back emails on the same day. Or that resources are being wasted due to redundancies and lack of visibility across teams. What is the end result that adopting content marketing software will help your organization achieve? How will it make your boss look better?

Ultimately, it’s a fairly simple premise (that’s the point!): Always begin building your argument from a point of empathy. This is not only helpful when communicating with a superior, but also when trying to affect a change in behavior from a team member, or trying to rally your client behind a recommended course of action.

Even if you’re in marketing, you’re still selling every day. Using this framework will not only help you do so more effectively, but more efficiently. If you need to be sold on the importance of that, let me share this one final stat with you: According to a study commissioned by Daniel Pink, and featured in the book referenced at the beginning of this post, we spend 40% of our time at work trying to move, convince, or sell others. Wouldn’t it be nice to get some of that time back?

As the first season of The BIG Simple comes to a close, we’re bummed that the ride is over (for now), but excited to reflect on all the great insights shared throughout the series, and how they fit together.

HUGE thanks to Jay Acunzo, Michael Brenner, and the rest of our awesome guests for sharing their big ideas that make work simple. Keep an eye out for upcoming posts on The Green Smoothie Problem (a metaphor that might change the way you think about articulating solutions) as well as a full recap of these webinar episodes, and how you can use them to bolster your content planning in 2019. Subscribe to the DivvyHQ blog below to make sure you don’t miss out.

And, hey, if you’re ready to put Brenner’s framework into action by making the case for DivvyHQ at your company, you can swing by the Why DivvyHQ? page for some helpful content.

Michael Brenner on How to Sell Your Big Ideas2018-12-062018-12-06https://divvyhq.com/wp-content/uploads/2015/04/DivvyHQ-Logo-Final-no-icon.pngDivvyHQhttps://divvyhq.com/wp-content/uploads/2018/12/woman-selling-her-idea-to-boss-604x270.jpg200px200px
About
Brock Stechman
Brock is a brand builder, technology entrepreneur, and Co-Founder of DivvyHQ. He has a unique mix of creativity and business acumen, which has helped him build and lead dynamic teams and successful businesses. In 2005, he founded a trailblazing content marketing and website development agency. During that time he worked with over 150 companies. His goal is to help organizations elevate their brand reputation and help them connect, excite and engage with their consumers in innovative ways.