Editor’s Note: John Stevenson, one of our guest bloggers, originally posted this article on his blog, but we thought it was so good, we asked if he would be willing to share it with the DivvyHQ community. Thanks John!

If you want to command premium pricing and fees, better stories can help.

New York Times Magazine columnist Rob Walker did a fascinating feature a few years ago on what makes one object more valuable than another.

Walker decided to capture some hard data on the subject. He began buying random, worthless, or low-value objects at thrift shops. The cost of the objects ranged from one to four dollars. An old hammer. A ceramic bowl. A plastic basket. They all had little or no intrinsic worth.

Walker then asked different writers to each write a short story that contained one of the objects. The stories helped to place them in a human context, to give them new meaning. When he put them up for sale on eBay, along with their stories, the results were astonishing. 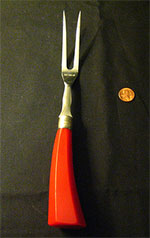 The project was so successful (and so interesting) that they put all the results up at the Significant Objects website.

Walker’s experiment reminds us in a clear and tangible way how the concept of value works in the human brain: a hunting coat is not just a hunting coat if it is a Cabela’s coat, fashioned in the English tradition and made from waxed cotton, a process that’s been used for hundreds of years.

A pair of shoes is not just a pair of shoes if they are TOMS shoes. For every pair purchased, they give a free pair to a needy child in some part of the world. Suddenly, these objects are part of an inspiring narrative.

In a world of almost overwhelming choice and abundance, this simple research shows that stories can make the difference. They can help you and your products and services rise above the noise and inspire buying decisions.
[author-box-2]